Why Being a Service-Disabled Veteran-Owned Small Business (SDVOSB) Matters

There are many benefits to being a Service-Disabled Veteran-Owned Small Business (SDVOSB), not just for an organization but also for its customers. As a certified SDVOSB, AmeriinfoVets Inc. (AI-Vets) is part of a federal set-aside category that makes us a priority contractor to government agencies. Organizations looking to partner with an SDVOSB will drastically increase their chances of winning contracts. Likewise, agencies that choose to work with an SDVOSB will quickly realize the valuable skillset veterans bring to the table.

The federal government aims to award 3% of all prime and subcontracting dollars to SDVOSB. In 2020, the government awarded 4.28% of all contracts to SDVOSB organizations, according to the U.S. Small Business Administration (SBA). It was a record-breaking year for contracting to small businesses.

Many contracting officers place intrinsic value on veteran-owned businesses. That’s because military experience builds a foundation of skills that are especially applicable to IT. According to the Arizona Department of Veterans’ Services, one of the primary reasons is because “veterans are aware of international and technical trends pertinent to business and industry. They can bring the kind of global outlook and technological savvy that all enterprises of any size need to succeed.”

Whether a former private in the Army or general in the Air Force, veterans possess a high degree of grit and knowledge to complete a mission with few resources. With their strong work ethic, creative problem solving and proven leadership, it’s no wonder why so many IT companies are eager to recruit military veterans.

AI-Vets CEO James Cavin has served 27 years and counting in the military. Before co-founding the company in 2017, his career began in 1993 when he enlisted in the Marine Corps. He then joined the Oklahoma Army National Guard in April 1998. As co-founder and CEO, Cavin provides executive leadership for the company’s strategic direction, business affairs and mission success. “We are an IT company built on the expertise of veterans. We understand the needs of relevant agencies, such as the Department of Veterans Affairs,” Calvin explains.

Another team member, John David Jordan, served in the Oklahoma Army National Guard. He joined in 1985 and retired in 2007. As administrative liaison at AI-Vets, Jordan ensures employees, vendors, and customers follow procedures and processes to maintain and improve the company’s ISO and CMMI certifications. As the head of the SEPG, Jordan managed and coordinated the assigned team and third-party consultants throughout the ISO and CMMI certification process.

AI-Vets project manager Tim Lawson also joined the U.S. Air Force in 1989, where he served as a weather specialist for six years. Lawson says the reason he joined AI-Vets was to help prevent veteran suicide. “It is a cause that is near and dear to my heart. We continue to take care of our own,” he says.

At Post 182, members host several events throughout the year, like bingo and pool tournaments to raise money for the community, school dances free of charge, and holiday dinners for members and their families. They also established a “death gratuity fund” to take care of the families of the fallen. On Memorial Day, members lay an American flag on veterans’ headstones.

Many veteran-owned companies have a competitive advantage that accompanies the missions they support. “James, Tim and I have all served. We desire to do our best, which helps all those around us, both customers and colleagues alike,” Jordan explains. If overcoming your most significant mission challenges rests in the hands of this SDVOSB, then rest assured, you’re in good hands.

Looking for an experienced IT provider? 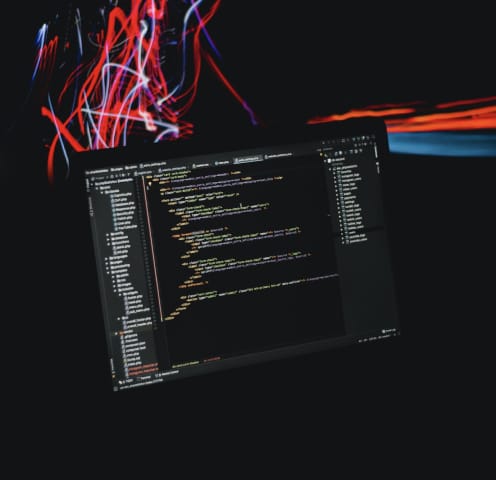 Contact us to learn what it’s like to work with our dedicated team and how we can help solve your greatest mission-critical challenges.

We help government agencies succeed in their mission by efficiently and effectively solving their biggest challenges with innovative and emerging technologies from Silicon Valley.